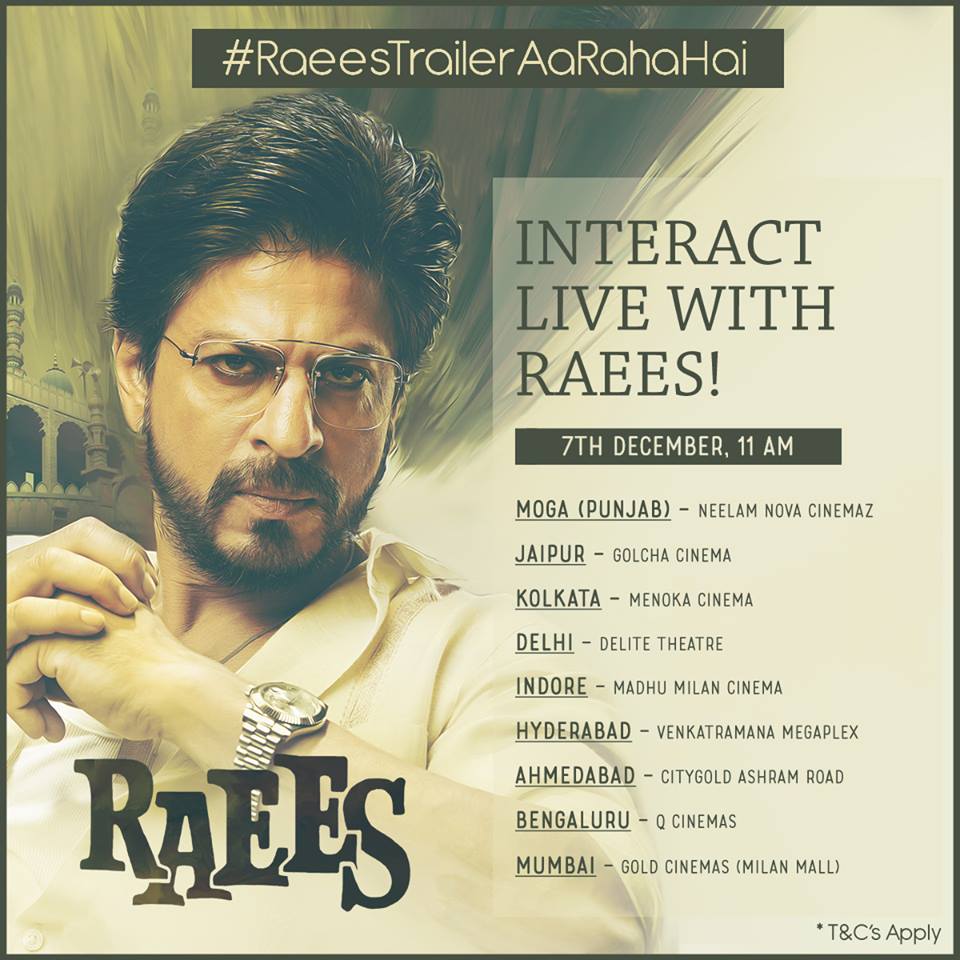 Here comes the trailer of Raees which is most awaited movie of Bollywood and SRK fans. SRK seeing in a different way launching his trailer as he always do. Here comes an invitation from SRK to his fans saying “ARAHA HOO” and now he is finally coming with a trailer release on DECEMBER 7th 2016 with the selected theaters live on 11AM and asking his fans to bring questions to ask as Raees (SRK) is going to answer those questions.

As it is seen in the video Shah Rukh Khan starts with his cunning smiling saying “Malum hai kabse kehrah hu…” AB TO AH HI RAHA HOO at the end of the video that was just killing giving goosebumps to his audience.

Here is the special video by srk:

Participate in the ‘Raees Trailer Aa Raha Hai’ contest (starting tomorrow!) and stand a chance to interact with him exactly one week from now!