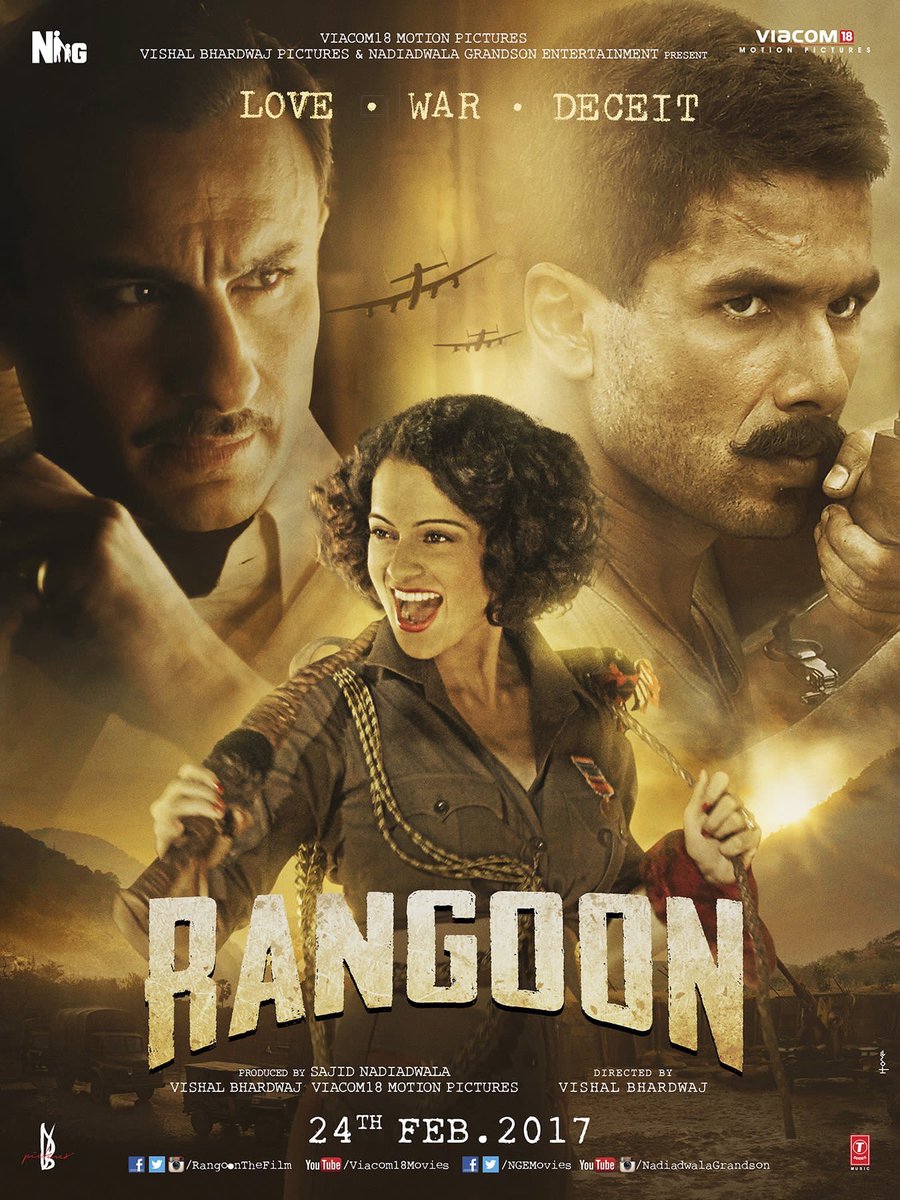 After Shakesphere’s Hamlet here comes an another movie by Vishal Bharadwaj a Rangoon movie.

Saif ali khan and Shahid kapoor seems to be in a cinematic best and sure to get fireworks on the box office these both are seen in a role playing Stunning and intriguing, this is certainly the most watchable movie by all the audience.

Rangoon movie is previously named as Julia and finally set for the Rangoon for many reasons rangoon name was set as final.

Rangoon trailer starts with the world war 2 scenario and it movies on from there, shahid kapoor playing a role of bodyguard in this movie for Julia. Kangana Ranawat is playing a role of fearless character who burns the stage with her dialogue “Bloody Hell”. Kangana Ranawat is seen making an entry in to the crowd riding a horse with a hunter in her own style with a fearless performance saying Bloody hell.

After rangoon movie release its like one headed power pack performance by Kangana ranawat as Julia in rangoon movie and triangle love story which makes it intresting.

To infuse the blood with gunpowder and lace their breath with fire here comes Miss Julia….. This Bloody Hell is used many times in the trailer as it becomes the one liner for kangana in this movie.

In this movie kangana ranawat (Julia) will be sent to Burma for few reasons and to bodyguard her shahid kapoor will be meeting up and from them the love story of Shahid and kangana starts up as seen in the trailer.

The lead roles are played by Saif ali khan, Shahid Kapoor and Kangana ranawat. Saif ali khan doing at his best in this movie with his looks and acting in this movie. And finally The trailer ends in a love triangle.