Allu Arjun samajavaragamana song released by the makers and its receiving lots of love for sid sri ram voice and superb music by thaman and allu arjun looks in this lyrical song alongside with Pooja Hegde was looking amazing in lyrical song titled smajavargamana from allu arjun next movie ala vaikuntapuramloo is a sweet song with positive vibes with rocking melody. Allu arjun samajavaragamana song after its release managed to grab lot of attention and stood no.1 in trending and crossed 3 million views in 2 hours and shattered all records.

Allu Arjun upcoming movie Ala Vaikuntapuram loo movie with huge starcast under geetha arts baaner is all set to release on 15 th January 2020. Allu Ajrun pairing alongside with pooja hegde in Ala Vaikuntapuram loo movie and this is the second movie these two actors are sharing their screen space together in tollywood. Allu Arjun and Pooja hegde appeard previously in DJ (Duvvada Jagannadam) movie and received postive response and stood as bolckbuster in tollywood movies.

Allu arjun samajavaragamana song its a melody voice of sid sriram feels intoxication after long time and its genuinely beautiful song to listen and its a sure people will be addicted for this song a soul soother song impressing everyone.

First single sung by SId Sriram which is titled as Samajavaragamana is a perefect soul soother which makes you listen again and again. There is no doubt sid sriram voice is so addictive in this song along with combo of SS thaman music just nailed it with perfect lyrics (by Seethrama shastry) for Allu arjun samajavaragamana song.

In Allu arjun samajavaragamana song from ala vaikuntrapuram lo movie, pooja hegde and allu arjun pictures was seen which are looking amazing together on screen with smiles all on their faces. 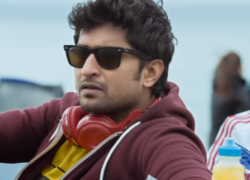 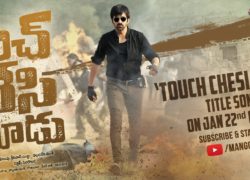 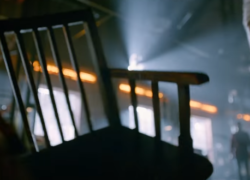